March 29, 2017 marked the 55th anniversary of the day troops was on the ground in South Vietnam and prisoners of war (POWs) released, yet it is only in recent history that its veterans have received the recognition bestowed upon others. President Obama declared the date Vietnam Veteran’s Day in 2012.

Veterans of the Vietnam War were not welcomed back with special events or parades. The conflict, which waged in total from 1955-1975, tore our country apart with a vengeance. There were violent protests about U.S. involvement.

Soldiers of the era were maligned and rejected; taking the brunt of the emotions felt by an angry and disillusioned nation. Their struggles were unprecedented: turned away from eating and drinking establishments, avoided, rarely on the receiving end of a thank you. Today, however, people are learning that they can oppose government and support troops simultaneously. 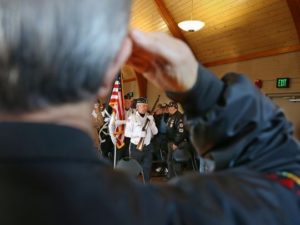 Today, support organizations such as Vietnam Veterans of America, Rochester Chapter 20 are plentiful and come to the aid of those who served in America’s most socially polarizing conflict waged in totality from 1955-1975.

Vietnam memorials are on the rise, support organizations offer aid for this specific population, and there are moments of silence observed for those still missing in action (MIA). The sacrifices of the Vietnam War veteran are appreciated, and their accomplishments are acknowledged.