It’s been three years since the bill for the Veterans Choice and Accountability Act (VCAA) passed, and VA hospitals continue to struggle. The necessary additions of staff and needed reduction of wait times for many veterans remain a challenge.

What are the Department of Veterans Affairs (DVA) priorities now? How have the funds from the Veterans Choice program been allocated? What can be done about the high incidence of suicide among military veterans?

Secretary of Veterans Affairs David Shulkin recently sat down with Rachel Martin of the National Public Radio (NPR) program Morning Edition to talk about his work to renew the Veterans Choice program, which allows some veterans to get medical care outside the A system, and provides money for medical personnel. Shulkin, like Sen. John R. McCain, R-Ariz., and Sen. Jon Tester, D-Mont., is in favor of an extension to the VCAA. 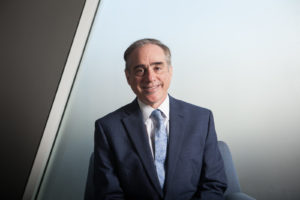 During the interview, he said, “We have a clear mandate to do better…to make sure that we’re honoring our mission to serve veterans.”

To this end, he is working towards the program’s re-authorization and continuity, enabling the DVA to fill vacant healthcare positions in the system. Shulkin spoke of the need to change the morale of those inside, and manage the system’s reputation to recruit people who are dedicated professionals committed to serving their country. He acknowledged that the short start-up time allotted to get the program up in 2014 may have impacted some of the decisions made. Regarding a finding by NPR that money was not given to hospitals with the longest wait times, Shulkin noted the urgency of Congress’ authorization and the VA going into the field to find out who could quickly hire health care professionals, and use the funds in short time.

Secretary Shulkin affirmed suicide prevention his number one clinical priority, noting that there are 22 million veterans in the country. Veterans take their own life at an alarming rate of 20 per day, with just a mere six of them receiving care in the VA health care system. He called for the assistance of community partners, scientists, and technology companies in helping the other 14 individuals get the healthcare that they need.